Can I use Orajel to relieve toothache? 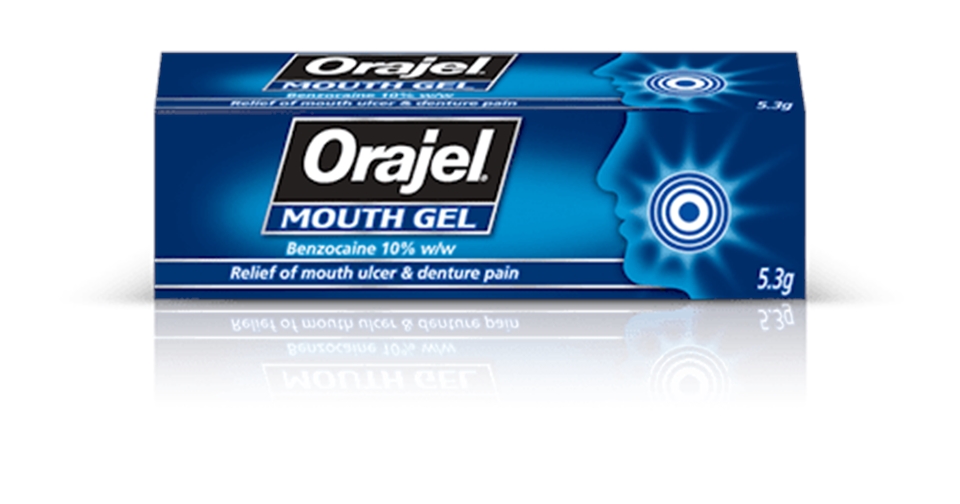 In the late 19th century, German chemist Eduard Ritsert formulated a medication known as benzocaine. At the turn of the 20th century, benzocaine found its way into the market under the name Anästhesin. It gives us a clue that the name draws similarity to the word "anaesthesia."

Anaesthesia is a bodily state wherein an individual develops insensitivity to pain following the administration of a medicated agent. This agent can work on the entire body by completely anaesthetising it or only in a particular region of interest in the body. There are millions of nerves in our body. Each of these nerves are connected to each other. However, there is a point when the chain of nerves end, meaning, that it is not connected to any other nerve. This is a free ending of the nerve. These free endings are what receive any sensation on our body like hot, cold, pain, etc. Anaesthetic agents work by temporarily shutting down the mechanism of these nerve endings. Thus, a given part of that body will not feel pain for a certain period of time.

Anaesthetic agents like benzocaine are available in various forms like lozenges, gels, solutions, etc. Each of them is prescribed based on the area in which it is to be used. Let us focus on its use in the oral cavity. Orajel, the name under which benzocaine is prescribed, was initially formulated for the inner linings of the cheek (mucosa) and gums. It was used to relieve the pain caused due to canker sores, mouth ulcers and swollen gums. It is important to note here that Orajel is a brand. It sells many products that help in treating various discomforts that occur in the oral cavity. What we are about to focus on is whether Orajel products can help in treating toothache.

Orajel has a range of products specially focusing on relieving toothache. These products are available in gel forms, cream forms, medicated strips, mouth rinses and swabs. In each of these formulations, the concentration of benzocaine varies. Let us have a look at these products.

Orajel Medicated Toothache Gel - This is the mildest gel based formulation from Orajel that contains only 10% benzocaine. It is applied on the affected area 4 times a day for pain relief.

4X Medicated - This cream based agent should be used by anyone above 2 years of age. It needs to be applied 4 times on the affected tooth and surroundung area. It has an antiseptic formulation and the presence of benzocaine helps in relieving the pain. An astringent is also present which is responsible for giving a cooling effect to the gums. 4X Medicated is also available in gel consistency.

4X Medicated PM - This is another cream based agent which is similar to the above product. The only difference is that this includes chamomile extracts. Chamomile is a herbal medication that is believed to decrease anxiety and insomnia. Even though more evidence is needed on this, Orajel's 4X Medicated PM cream specializes in relieving those individuals of nocturnal toothache. 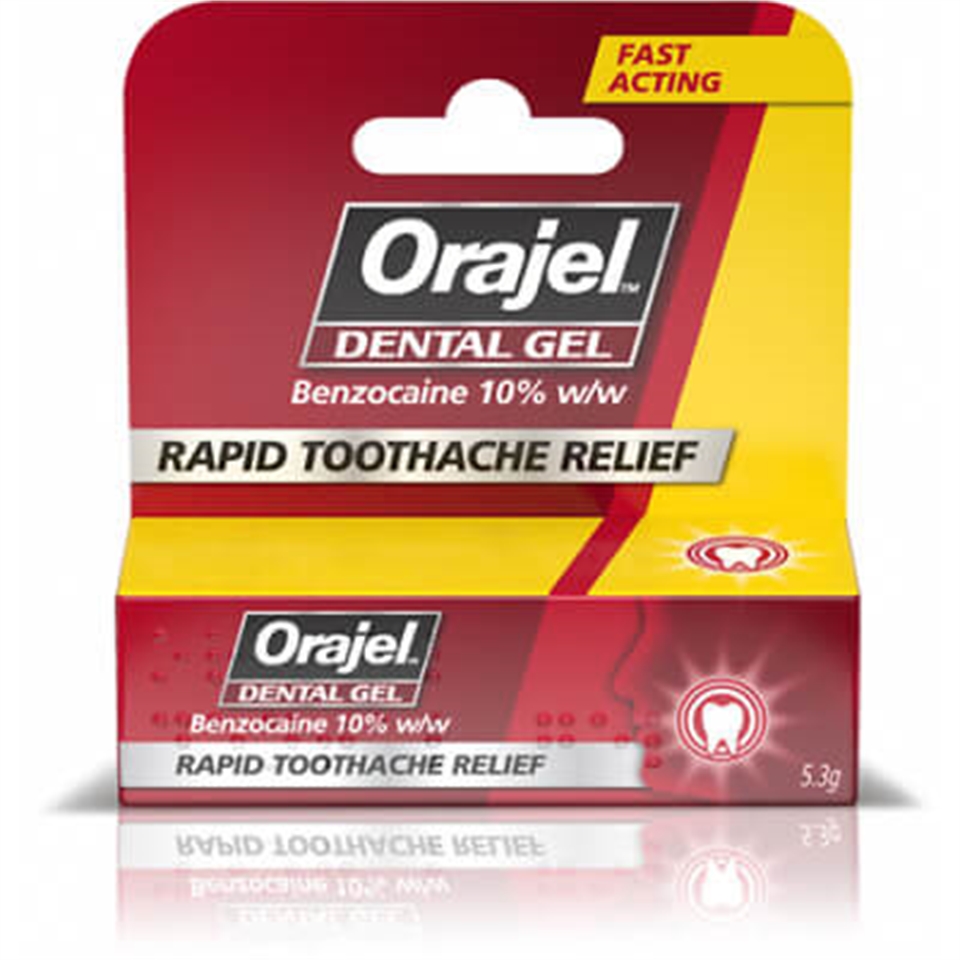 3X Medicated - This cream based agent needs to be applied the same way as the 4X medications. The 3X medication contains 20% benzocaine, zinc chloride and menthol. The difference between 3X and 4X is that the 4X formulation contains bezalkonium chloride which is an oral antiseptic. This is absent in the 3X Orajel. Hence, in cases of mild pain that does not look too invasive, the 3X formulation can be used.

Orajel Medicated Liquid - This liquid medication acts quickly on gums and tooth to relieve the disturbing stimulus. The liquid is soaked in a cotton swab which is rubbed on the affected area four times a day. Individuals wearing orthodontic appliances (braces) can use this to relieve the pain caused by the braces.

Orajel Toothache Strips - This is a box containing 8 medicated strips. These strips are placed on the affected tooth ensuring that the hand is dry and free of moisture. Once the strip sticks on the tooth, it will stay there for nearly 1 hour as it slowly dissolves in the mouth. It contains 15mg of Benzocaine which gives the pain relieving effect. These toothache strips can come in handy for frequent travellers. Orajel recommends the use of these strips in adults and children above the age of 12 years.

Orajel Toothache Swabs - Similar to toothache strips, this pack of Orajel contains swabs instead. These swabs are coated with 20% benzocaine which is the most that can be bought without a prescription. The swabs can be applied in a tooth cavity and around the gums too. Children under 12 years of age can also use this but only under strict supervision.

Orajel Toothache double medicated rinse - This is a mouth rinse containing bezyl alcohl and zinc chloride. 10mL of it is taken in the cap and swished in the mouth. The affected area should be focused on more during the rinsing process. After 1 minute it is expectorated. This should be done 4 times a day. Children can use this only after proper consultation from a dentist.

The above-mentioned products from Orajel can help in relieving toothache. However, please note, this can only relieve you of pain temporarily. It cannot cure the root cause behind the pain. For example, pain in the tooth due to a visible cavity in the mouth does not mean that the application of Orajel on that tooth will heal the cavity. The cavity still needs to be restored by a biocompatible material after removing the microorganisms that made the cavity in the first place. Orajel products can help in relieving toothache, but is not the final step in your oral health care problems.